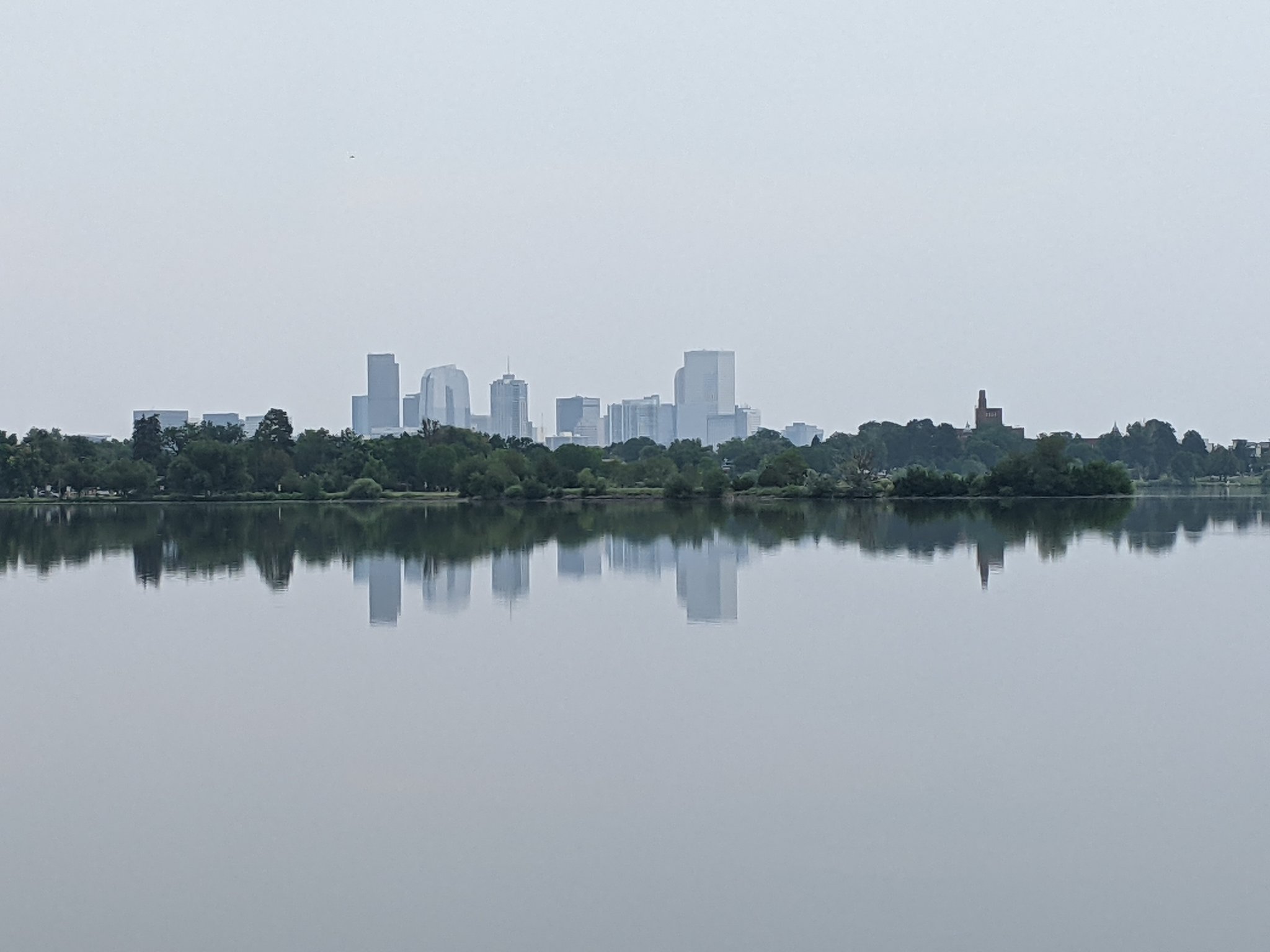 As we pass the halfway point of a summer marked by Action Days that have overwhelmingly outnumbered days without clean air, it’s time to review one of the Shared Streets that will remain permanent, The Byron Place Shared Street that acts as the northern buffer of Sloan’s Lake.

For this street, given its short length, I took a couple of turns around it to make sure I had a good “feel”. Given it is shorter than the previous streets, it doesn’t make sense to divide it into sections, so this review will be for the entirety of the street.

The biggest difference that I noted about this street versus other shared streets is how abundant sharrows were along it. It felt like the first ½ of the street was riddled with them, and that car traffic was pretty moderate.

The one other major piece of infrastructure along the street included curb extensions, which seemed as if they were a way to reduce parking along the Byron place corridor. While I hadn’t rode Byron Place much pre-sharrow, I do remember that there seemed to be a greater amount of car traffic prior to the implementation of shared street.

While my beliefs regarding the effectiveness of sharrows mirror my belief in the effectiveness of treating the climate crisis as a problem of an individual’s action vs a systemic issues, there was a sharrow heading eastbound that could cause more harm than most other sharrows. The offense that it committed was that it hovered in the “door zone” an area where car doors are opened that could harm someone on a bike if opened in front of them. Other than the offending sharrow, the West-east route was relatively parallel to it.

In regards to pedestrians, only a handful of runners were using the street besides those riding bikes.

The Byron Shared Street in the form that it is in now is passable. Expanding the use of curb extensions as a way to reduce parking along it would be my biggest personal want in it, along with moving the offending sharrow and possibly converting it into a two way bike lane.

The End of Summer As we know it.

While I alluded to it at the beginning of this review, I would be remiss without talking about the awful air quality that the Metro Area has had over the entire season. With nearly every day since the beginning of July being an “Action Day” where air would reach the “unhealthy for sensitive groups” level most day, it feels like the withdrawal of Shared Streets in places is the waving of a white flag as the climate crisis draws on. It feels like this year and last summer are the new normal for us, as West Coast fires will continue to threaten our air quality and summers as we know it.

What has to be remembered, however, is this weather is the sum of the collective inaction of leaders at all levels of government. From the widening of I70 that has been a co-venture of local, state, and federal government, to the backing off of a rule that would have reduced traffic, to the infrastructure bill at the federal level including a highway through the South, leaders to keep summers from being a fiery, toxic mess are nowhere to be found. As we finish up of our Shared Streets series, ask yourself this: what actions can we take to mitigate the climate disaster unfolding before our eyes?

*Featured photo is a landscape photo of Sloan’s Lake on August 2nd, during a day of “unhealthy for sensitive groups” air.*